In 1972 Andy Warhol famously depicted a ghoulish President Richard Nixon in Vote McGovern, 1972 as a political statement. Now, nearly 50 years later, James Warhola has unleashed his creative fury on the current occupant of the White House, The Man himself – Trashman!

Just in time for what promises to be one of the dirtiest and ugliest political campaigns in history comes the perfect campaign poster, overflowing with the garbage that makes America trash again.

Originally created as part of Warhola’s celebrated Berlin show in 2018, Trashman is now the star of his very own campaign poster, and the artist is making a limited number of them available for purchase – with a portion of the proceeds directed to noble causes near and dear to The Donald’s heart: the ACLU, Black Lives Matter, Planned Parenthood, the Southern Poverty Law Center, Feeding America, the World Heath Organization and the Red Cross.

Get yours today. Click here to do your part to prevent him from trashing America! 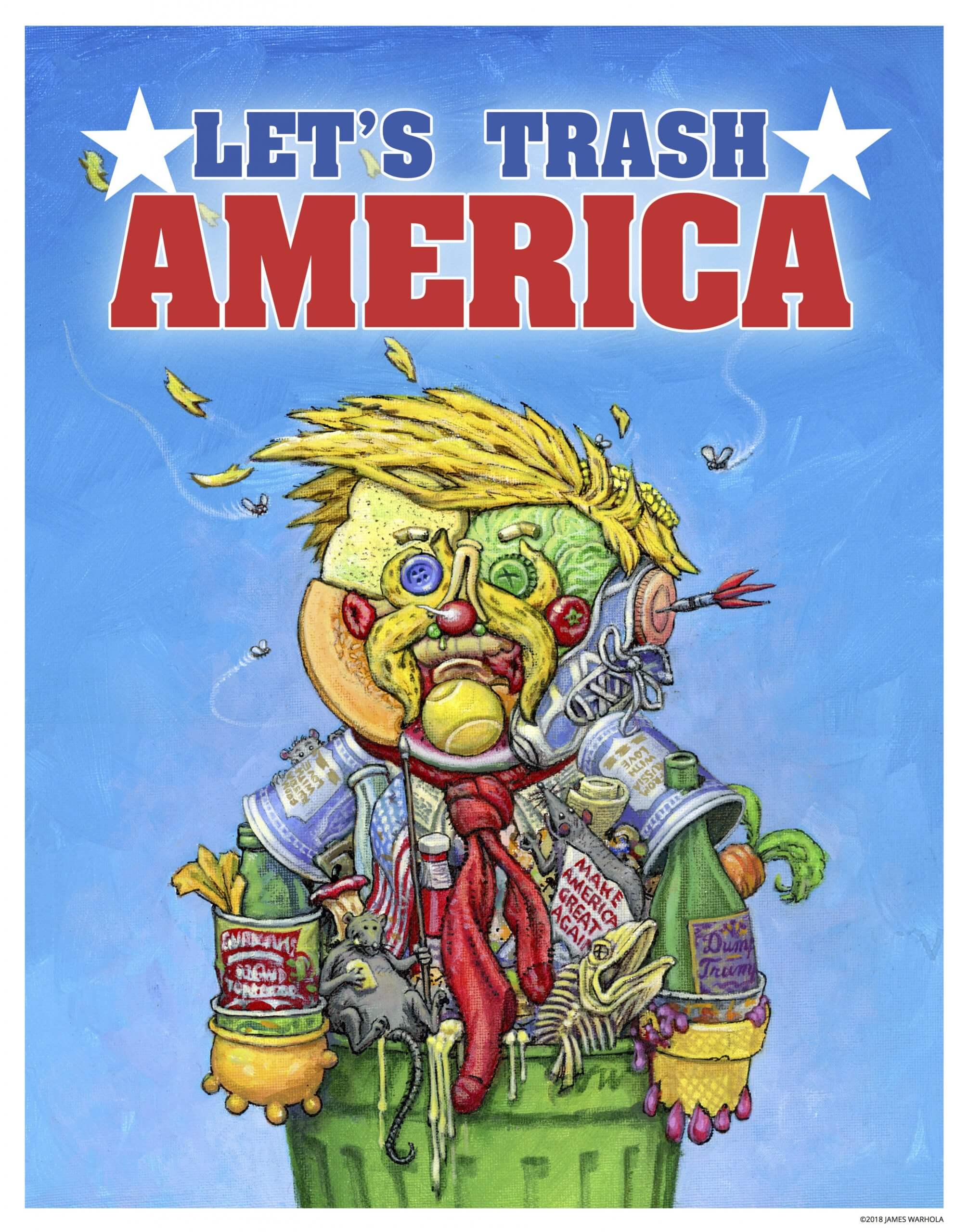